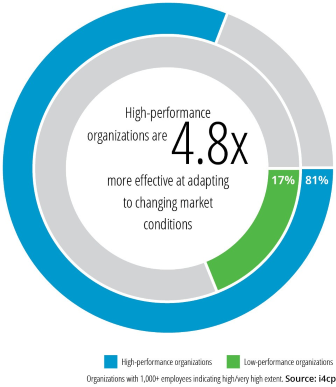 There’s one group of companies I really worry about.

It’s the majority of low-performance companies who told us they view change as “overwhelming … beyond our ability to manage … wearing us down … a threat.” If there ever was a point in time that tests an organization’s agility, now is it. The breaking news stories – the stories that have incredible impact on how we conduct business – have been relentless.

I’ve felt for a long time that a core trait that separates top companies from the poor performing companies is how they deal with change. In fact, we proved it in a study we did a little while ago titled The Three A’s of Organizational Agility.  In that study, high-performance organizations were 4.8 times as likely to say they are more effective at adapting to changing market conditions vs. their low-performance counterparts.

Since the novel coronavirus first broke in China, we’ve been researching how this is affecting companies, and have continued to research it every week. The negative impact this crisis is having on productivity keeps increasing, along with the unexpected political decisions and societal changes. For the last couple of weeks, I’ve been in countless conversations with CEOs, CHROs and other HR executives. And as a guy who generally thinks he’s heard it all before, I’m hearing things today I’ve never even contemplated. They generally haven’t either.

Some of the situations border on bizarre. And they will only get more bizarre, requiring quick in-the-moment decisions. Many of those decisions will have effects lasting years into the future. The best companies will understand that and do the right thing. The low-performance companies (the ones that dread change) will likely panic, and make knee-jerk, poor decisions without thinking about the future or the precedents they are setting. 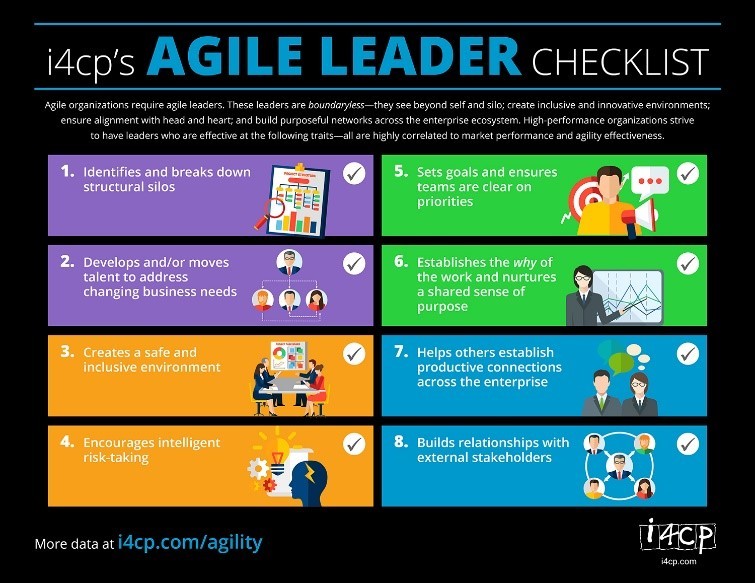 Agile organizations require agile leaders. At this moment in time, the best, most agile leaders are setting a tone that they are making a decision based on what they know today…but their opinion may change tomorrow. Things are changing that fast. But they need to be clear on why they are making that decision, make it known that they put employees first, and above everything let the values of the organization guide their decisions.

I hope organizations over index on agility as a leadership trait as an outcome of this crisis. If there’s one thing we can expect in the future, it’s that the unexpected is inevitable. Companies of all sizes need agile leaders who can condition their teams that unanticipated change will occur…and we will manage through it and come out better as a result.

Whoops, time to go…there’s some breaking news I’ve got to deal with.