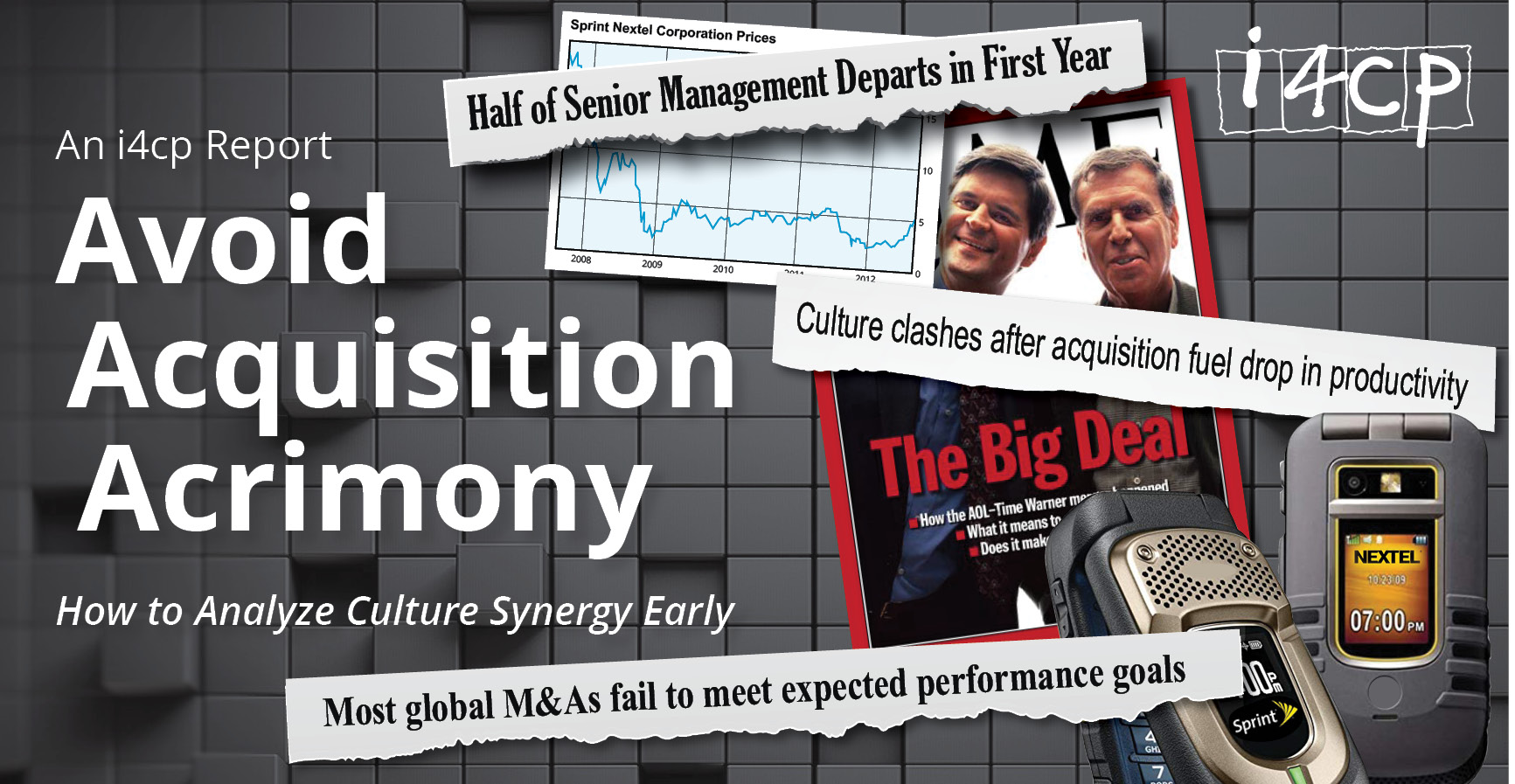 The majority of mergers and acquisitions fail, and most of the time when they don’t work out, “culture synergy” is the culprit. Yet organizational culture is rarely explored at the outset of M&A transactions…it’s almost always about the economic or business fit.

Avoid Acquisition Acrimony: How to Analyze Culture Synergy Early, is based on input from more than 1,200 business professionals and interviews with leaders from Cisco, Danaher, Alaska Airlines, Nuveen, T-Mobile, Takeda, and other organizations who have successfully acquired companies. It builds on previous research uncovered in i4cp’s
Culture Renovation study released earlier this year.

The study found that only 6% of all organizations surveyed currently involve HR in the early phases of identifying and engaging with M&A targets. However, high-performance organizations are 3x more likely to consider HR to be a critical partner in all phases of M&A. Some conduct an initial, formal culture analysis or audit of an acquisition target in order to explore culture as early as possible.

“Since culture is often cited as the primary culprit of a failed acquisition it would seem logical that involving HR early on would help avoid issues down the road,” said Kevin Oakes, CEO of the Institute for Corporate Productivity. “Unfortunately, this rarely happens. I think this new study shines a bright light on this issue and showcases how top organizations take a different approach to ensuring an acquisition will succeed.”

Schwan Company is one organization that is already auditing culture and involving HR early on as a part of their process.

“We try to take a patient approach to evaluating a company for acquisition,” says Gayle Hayhurst, Vice President of HR. “From a cultural perspective, we try to do our due diligence up front.”

Based on the data collected, the study suggests four primary roles that HR should play in the M&A process:

Strategic approaches in each phase are outlined, such as the best methods toward harmonizing total rewards, identifying employee blockers and influencers in the integration phase, and determining early measures of acquisition success.