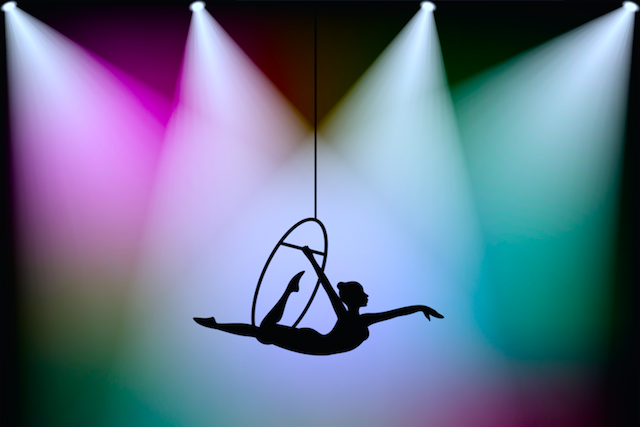 When I was in elementary school, I avoided group projects like the plague. When given the choice to work alone or as part of a team, I always chose to work alone.

When I joined a new class, club, or sport, my parents inquired how I measured up against the rest.

“So what do you think, Hail?” Dad would ask me. “Are you the fastest on the team? Did you get the highest grade?”

In the years that followed I formed clubs, climbed to leadership roles, and sought only the most competitive opportunities.

Later, I became fully self-employed as a coach. I had no colleagues—only clients. In my mid-twenties I moved to the Pacific Northwest in the name of novelty and exploration, leaving behind a thriving, New Jersey-bound network of extended family.

I received a great deal of positive feedback for these decisions. I was succeeding, bucking social convention in favor of self-discovery, and family and friends described me as “brave,” “inspiring,” and “motivated.” I operated by a set of values that included fierce individualism and self-expression.

This tale is as old as time among members of my generation. We’re the generation of digital nomad-hood, “Van Life,” and working from home. We value mobility. Wellness blogs laud alone time as the pinnacle of self-care. We spend hours each day on social media, seeking validation of our uniqueness and our worth.

In The Second Mountain, NYTimes Bestselling Author David Brooks posits that this individualistic ethos is a backlash against the moral ecology of the 1950s, which emphasized group conformity, humility, and self-effacement. Since the 1960s, our culture has increasingly pushed back against collective identities, labels, and experiences, opting instead for boundless self-actualization.

On one hand, I’m viscerally grateful for our culture’s modern emphasis on individualism. Women, especially, have waited centuries to receive cultural support to pursue our dreams and self-actualize. Likewise, as someone in recovery from codependency, I understand the critical importance of honoring my needs, my desires, and my choices. After all, it took years to break free from the shackles of people-pleasing and self-censorship.

However, at a certain point, hyper-individualism stopped serving me and began hindering me. When my own specialness became the orienting principle for how I saw and interacted with the world, I lost touch with the belonging, trust, and community that culminate to form a rich and meaningful life.

As children, our caregivers and teachers celebrate us when we win awards, place first, and stand out. These celebrations become proxies for love—a love we have to work hard to earn.

In adulthood, I hoarded my specialness, terrified that being “one among many”—in my career, in my lifestyle, in my heart—would leave me purposeless. I vested great effort into my hyper-individualism because I subconsciously believed it was the only way to feel seen and valued.

I rarely fathomed the benefits of being a contributor, a member of a group, or a vessel for a greater moral or spiritual cause. I balked at “teamwork” and “service” because they threatened to rob me of my self-assigned elevated status. In fact, I judged those who advocated such ideals. These people have no identity, I scoffed. No dreams of their own.

Though my hyper-individualistic life had many socially sanctioned perks—I developed powerful leadership skills, special occasions found me swollen with pride, and my Instagram following climbed—I grappled with:

Isolation. When I singularly prioritized my personal goals, personal time, and personal life, I didn’t have any allies. I was a lonely team of one. Though I made commitments to people and causes, I could be unreliable, self-centered, and flighty when better opportunities arose. I assumed that others would be the same. This left me with a sense of loneliness and skepticism that underscored even my most treasured connections.

Detachment. A life dictated by hyper-individualism is a life detached from true connection. I often felt like a free-floating satellite, certain that no community—geographical, political, artistic, you name it—could give me as much joy as the pursuit of my goals.

Anxiety. When our identities are based on being special, life is a relentless uphill climb. We will never be enough; we must constantly strive to be better, try harder, and achieve more. Under such circumstances, self-compassion is a distant possibility. Instead, anxiety becomes our daily companion, the soft whisper that erodes opportunities for peace and contentment.

Throughout my years of hyper-individualistic thinking, I never realized that when we devote parts of ourselves to others, we benefit—really benefit—in return. The benefits of service and community aren’t just fluffy incentives for inspirational posters. Purpose, belonging, and a deep sense of trust arise when we willingly commit ourselves to other people, other causes, and other definitions of a meaningful life.

I began to understand this truth when I befriended members of a group whose guiding principles espoused service, humility, and community. Upon first exposure to these ideals, my entire being revolted. These were the contrived, sing-song “values” that I’d spent my life trying to avoid.

I spent months in a state of schism. On the one hand, I didn’t see how an other-centered life could serve me; I wasn’t taught to. I could only imagine how it would crush my identity and distract from my dreams. My ego was terrified. I wanted to hightail it out of there.

But something kept me there, bearing silent witness to my discomfort, eyeing this community with curiosity. My new friends seemed anything but identity-less. In fact, they seemed embodied, peaceful, and genuinely happy. Their lives were not dictated by the ever-changing highs and lows of daily successes. They emanated groundedness and seemed to lack the existential woes that plagued most members of my generation.

In retrospect, I believe I stayed because a part of me—a deeply hidden and deeply human part—was lonely, tired of the narrowness of my world, and craving something more.

One night, something happened. My desperate, exhausted ego relinquished its grasp on my hyper-individualism. It was as if a switch had flipped within me. I felt a sudden, fierce desire to entrench myself in commitments to communities, to people, to a moral philosophy I could call my own. I felt like a wide-eyed, open-hearted child asking, “What now?”

I don’t know exactly what happened that night— but since then, my values and philosophy have shifted with no effort on my part. Here’s what I’ve noticed:

I feel more deeply connected to the people around me.

Before, I spent most interactions with others noticing our differences. Disparities in age, experience, privilege, and values felt as palpable and prohibitive as walls. Now, I find myself noting similarities and relating more deeply to others’ experiences. Their stories penetrate the walls of my heart because I’m not hyper-focused on myself. My eyes well with tears at narratives of tragedy and stories of joy. Rich wells of empathy have taken up residence in me.

I no longer spend my days driven by the compulsion to overachieve or “prove” my value. My worth no longer depends on being special—and it’s liberating! Instead of being swallowed by a self-referential whirlwind, plagued by decision fatigue and perfectionism, I’m able to slow down, interact deeply and meaningfully with others, and relax into the comfort of my communities.

When specialness was my orienting principle, the only information I wanted to consume was related to my personal growth and my goals. Letting go of hyper-individualism allowed me to feel more a part of the human race and more a part of this Earth.

Now, information of all kinds fascinates me. I get a kick out of watching Blue Planet, going to lectures on helicopter parenting, and reading memoirs by Midwestern farmers. None of this information is directly relevant to my experience, but it doesn’t matter. I’m intrigued by what the world has to offer.

I know that everything’s going to be okay.

Relinquishing my hyper-individualism helped me understand that I’ll never be truly alone. Now that I’m willing to commit myself deeply to others, I experience newfound depths of intimacy, trust, and safety. Even if I suffer a tragedy or loss, I will have a thick web of people to support me. I know this to be true because I would do the same for others.

When I began this journey, I was certain that if I let go of my fierce individualism, I’d become amorphous and mundane. Instead, I became more deeply entrenched in the world around me. It has been an incredible gift.

Letting go of the need to be special allowed me to see, with clear eyes, the abundance of connection, compassion, intimacy, and community all around me. It helped me begin to experience the world in its fullness—not as a leader, a facilitator, or a director, but as a member, participant, and recipient of its daily miracles.