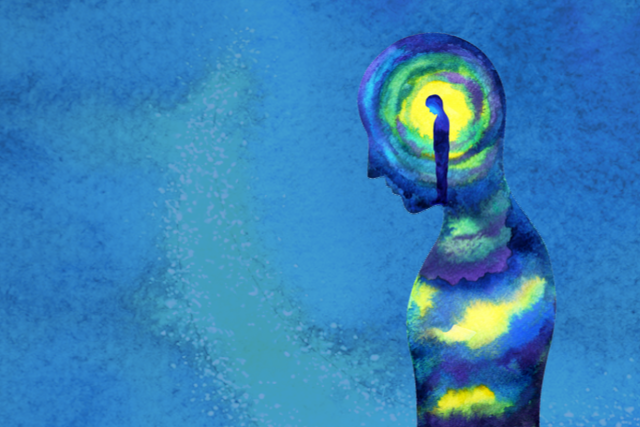 “Sometimes you don’t realize you’re actually drowning when you’re trying to be everyone else’s anchor.” ~Unknown

Have you ever felt trapped?

No, actually, have you ever felt absolutely paralyzed? Like you’re fearful of making any choices at all? It feels like any step you take could end in utter catastrophe.

Five years ago, that was me.

I was living in a small, run-down house in Peru, in a city that I didn’t want to be in, far away from family and friends, and I was in a relationship that wasn’t working.

At the time I worried that any decision I made would determine not only my fate, but also my ex-partner’s fate, and that of our housemates, who happened to be family members.

My monkey mind was telling me that if I left, it would mean everyone would have to go back to their respective cities and it would be the end of the house, a business, and the world (they did and it wasn’t).

As an empath, I lived on the assumption that it was important for me to make sure everyone else was okay. I let myself get trapped in a thick forest of stories about other people’s emotions and well-being.

It was torture, and ultimately, at the end of the day, I was wrong. There was no way I could know the future. I needed to do what I believed was best for me. My obsessive man-management was not my job to take on. On some level, I was simply trying to be the hero.

My intentions, for the most part, came from the right place. But I had taken on a role that wasn’t mine in the first place, and truthfully the perceived burden made me frustrated, resentful, and all in all, a less enjoyable person to be around.

If you are an empath and you’ve found yourself stuck in a situation where you are sacrificing your needs and mental health for other people, then it’s time to stop doing so. When you are free from the weight of trying to save others from potential pain and discomfort you will have the energy to be present for them.

Here are five ways that you can stop sacrificing your needs for other people.

1. Recognize that you don’t know what’s going on in their head.

A lot of the time when we try to help others, we paint detailed images in our mind about the past, present, and future. This may include what they’re thinking, what they once thought, what they’re feeling, how they once felt, how they acted in the past, and how they will act in the future. The problem with all of these mental images is, we can never truly know!

I thought, for example, that if I left the situation, my roommate was going to be mad at me. When I finally left so did he, and in reality he was very happy to move on. My imaginary story about how he would act was completely off the mark.

Try and notice when you are starting to resent people because of your obsession with helping them. If you feel agitated, frustrated, or annoyed by the burden of managing their feelings and needs, this is usually a clear indication that you, as an empath, need to take a step back.

When we build these ideas and storylines about the way things are, they inevitably clash with reality. Why? Because the map is not the territory.

If we can be mature enough to drop our attachment to stories about ourselves and others, then our frustrations over how a situation is playing out can be seen for what they are—just ideas.

My feeling of being trapped was entirely self-imposed, but when I was smack bang in the middle of it, the story was that it was everyone else’s fault—as if they were reaching inside my mind and making me prioritize (what I perceived to be) their best interests over my own.

3. In the case of an emergency, put on your own safety mask first.

You can’t help anyone if you can’t help yourself. When you notice that your health is starting to suffer as a result of your attempt to help other people, you need to take some guilt-free time for yourself. When your batteries are recharged, then maybe you can try and lend a helping hand again, but until then, focus on self-care. You have a limited amount of energy; use it wisely.

4. Realize that it’s not your job.

Empathetic people tend to look around at the difficulties in the world and think, “If I don’t help them, who will?” I know I’ve done this, time and time again.

We do this because we project our feelings onto someone else’s situation, making it seem worse than it is. We think, “If I were in their shoes, I’d feel…” But they’re not us, and we can’t possibly know what they feel and what they need unless they tell us. And even then, we’re not responsible for managing their feelings or meeting their needs.

It’s hard to realize, but it’s not your job to save the world, and oftentimes people don’t actually need saving.

I thought that my leaving the relationship would ruin everyone’s life, but truthfully I was only fearful that it would ruin mine. My ideas about the world made me see everyone else as vulnerable, but they were going to be just fine.

5. Trust other people to solve their own problems.

At times throughout my life, I have had an unnecessary need to control situations. When I was in a fearful mind-state, this habit tended to amplify.

We don’t realize that we can control a lot less than we think, and that’s okay. You can never control what another person does, or thinks, or how their life ends up. To do so will only make you tired, and them frustrated. Give them some space to breathe and let them take the wheel. Trust that they can handle themselves. Things will work themselves out.

Since I left that situation I’ve learned that it’s not my job to be the hero. Most of my attempts at controlling other people, and trying to make sure they don’t suffer, have stemmed from my fears. People tend to be stronger than we think, and our mental projections about the world are always less reliable than we take them to be.

Remember, in the case of an emergency, put your own safety mask on first.

Have you ever felt that as an empath your mental health has suffered?