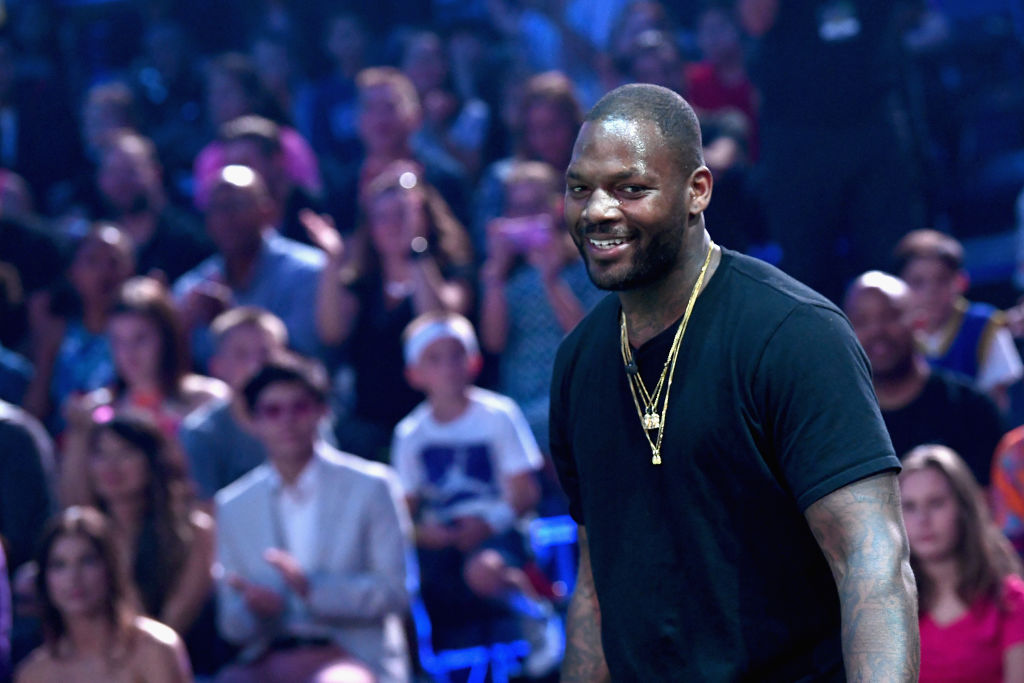 Welcome to Hero of the Week, where each week we celebrate the most extraordinary stories of heroism from all over the world. From putting another life before their own to making someone else’s dreams come true, these are ordinary people who are making the world a better place.

Growing up in Alief, Texas, Martellus Bennett had his IT specialist dad to look up to. But other kids in his neighborhood didn’t. In a moving letter to The Washington Post, the 10-year NFL veteran spoke of how more than a third of adults in his neighbourhood did not have high school diplomas.

Black boys were overwhelmingly encouraged to pursue sports and nothing but sports. It was encouraged and reaffirmed at every step that was the only way out of poverty and towards success.

For Martellus Bennett, that’s unacceptable. Known for his humor, outspokenness and activism, he made waves more than two years ago. Following the tragic deaths of Philando Castile, Alton Sterling and countless other innocent victims of police shootings, he penned a strong poem dedicated to young boys of color who struggle to escape such trauma.

Martellus then sat down and began working on his book, Dear Black Boy, which is meant to teach and inspire young boys of color to dream beyond the field. As an avid reader and sketcher, he experienced firsthand how everything, other than his knack for sports, was discouraged throughout his schooling. He may have been among the select few to make it to the NFL, however that does not mean Martellus is happy with the status quo.

As an outspoken activist, Martellus knew he needed to make a positive change about unfair stereotypes. Shockingly, the tech industry is only 7% black, while the NFL is 65% black. Before retiring from football, Martellus decided he was going to do his best to change the world in which his daughter, and hundreds of thousands of children of color are growing up in.

As he wrote in The Washington Post, Martellus and his friends “never dreamed about creating the next tech giant, or running a Fortune 500 company, or opening restaurants, or winning Oscars for directing movies, or becoming real estate tycoons, or being elected president and changing the world.”

The adults in Martellus’ life did not teach him about all the countless opportunities, big and small, that he could pursue. He could have become a doctor, teacher, writer, developer, designer, nurse or inventor. It had all been focused on sports and music.

For the 31-year-old, this isn’t the world he wants to leave behind. He may not single-handedly change the world, but maybe, just maybe the books and cartoons he releases through Imagination Agency, his founded multimedia company, will pave the way for future generations. His creations allow people to escape the all-too-often brutal reality of young black boys, and encourage them to dream big beyond the field and music scene.