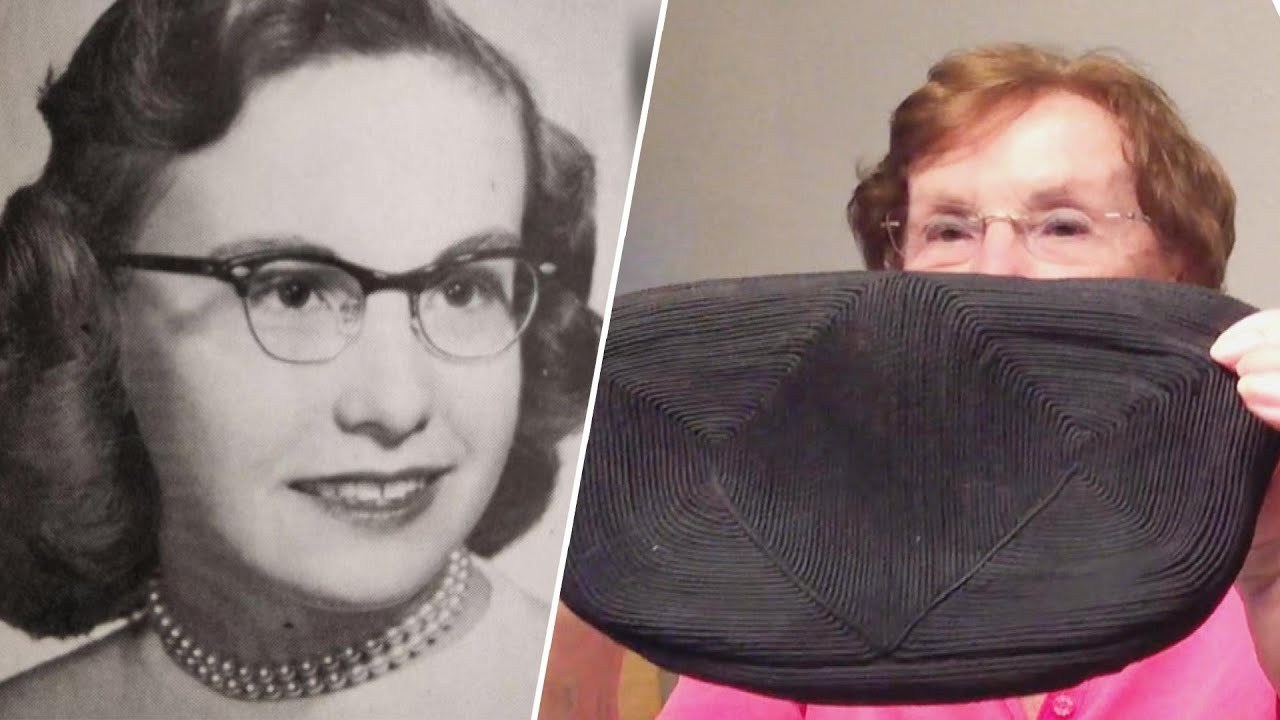 A lot has changed in the last half century. People have come and
gone, history has been made, but somewhere, a purse lost in 1954 stayed the
same, waiting to be found and reunited with its rightful owner.

In 1954, 16-year-old Marty Ingham Everett lost her
black purse behind a cabinet in the science room at her school, Jeffersonville
High, in Indiana.

And there it stayed… for 65 years! Everything changed last month when some construction happened at the school and the crew found it.

As is the times, the school district posted on Facebook about their find, and Everett’s son happened to see the post, quickly notifying his mother.

Stepping back in time

Soon the purse was mailed to Everett, who is now retired and living in Florida. Everett, now 81, said it was stepping right back into girlhood.

“It was like opening a time capsule,” said Everett, who is
widowed and has a second home in Grasonville, on Maryland’s Eastern Shore.

As might be found in any teenage girl’s purse, there were even love notes from the boys she was dating at the time

“Dear Marty, I’ve heard that Paul has asked you to go the prom
with him,” read one of the notes. “If he hasn’t, I would like very much to take
you. Love, Torchy.”

“Dear Marty, Bobbie and I aren’t going back together,” began a
letter from Carter. “I’m just continuing to walk her to classes. She asked me
if I would, and I told her that I would. I’m just trying to be friends with
everybody.”

Everyone on Facebook was very caught up in the
romance of it all.

“Ask her who she went to the prom with!” one woman
posted on the school’s Facebook page. “I gotta know!”

“Does anyone know who she ended up going with? Burning
question!” wrote another.

“We all want to know who she went to the prom with! I’m
rooting for Torchy,” added a third.

“He was my
first boyfriend,” Everett said. “I had an awful lot of things in my purse, but
I know that the letter from Carter was special. That’s why I kept it.”

She added: “The letters from the other two boys meant something
to me, too. Why else would I have carried them with me everywhere?”

Now that she has the letters and the purse back, Everett won’t ever let them go again.

“I was
floored when I sat at my dining room table and took everything out of the
purse,” she said. “How incredible that everything was still there and ended up
back in my hands.”