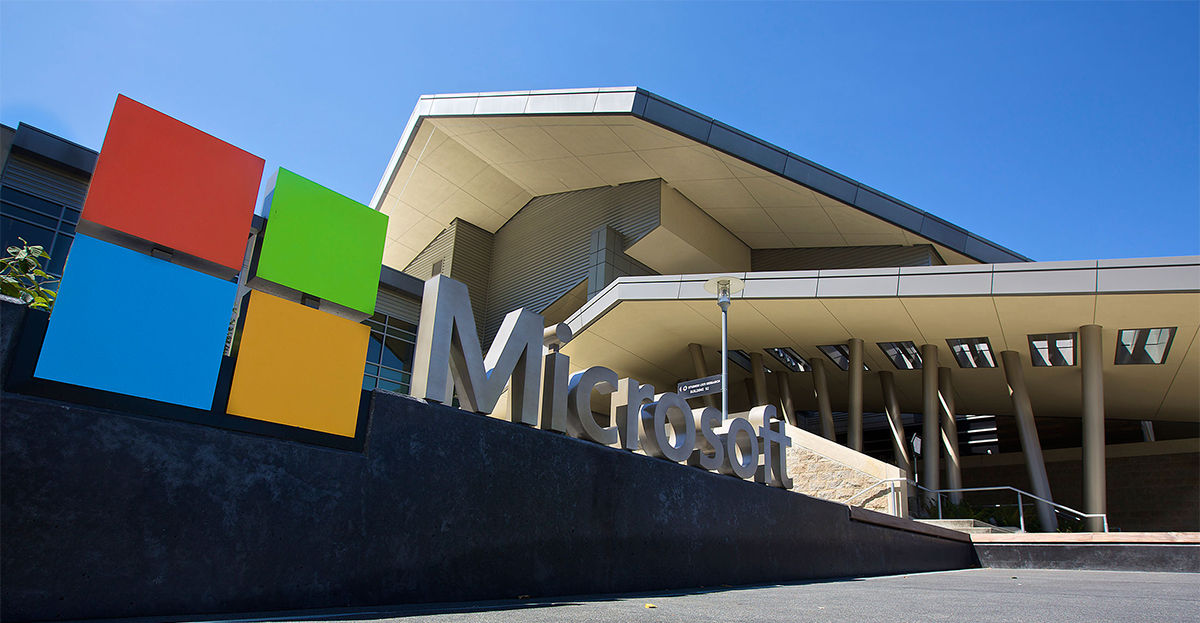 There’s the attraction of working for a global tech titan with a trillion dollar valuation and a perennial spot on best employers for pay and perks lists.  And speaking of perks, there’s the campus itself. Microsoft’s U.S. headquarters is a sprawling 500-acre space designed for both business and play—indoor offices, outdoor work areas, restaurants, running trails, basketball and volleyball courts, gastropubs, a hair salon, and much more.

The Redmond location is home to around 47,000 “Microsofties”—more than half of the company’s U.S. employees. But, moving forward, the organization envisions its workforce being much more dispersed, says Lauren Gardner, general manager of Microsoft Consumer Business HR.

“All roads cannot lead to Redmond. We have to be able to meet the talent where they are,” Gardner says.

For all that Microsoft has to offer employees at its home base in the Seattle suburbs, it’s no longer realistic to cling to a “one main headquarters mindset,” says Gardner, noting a number of factors that have led Microsoft to rethink its approach to attracting talent.

“We’re seeing a talent supply issue, for one. And there’s a high cost of living and a competitive labor market in Redmond, which add a degree of difficulty to recruiting talent to the area.”

The talent marketplace that Microsoft (and everyone else) inhabits has changed, too. In 2019, the “traditional” employee is a rarer breed than just five or 10 years ago, with more workers looking for less 9 to 5 in the office five days a week and shorter-term, project-based jobs they can complete and then move on to something else.

And those conventional full-time employees who remain in your organization? They simply don’t stay in the same roles or with the same companies for decades, like in the old days.

These developments don’t figure to be passing fads, either. Microsoft has adopted a talent hub concept that greatly expands the organization’s sourcing efforts to include a broader talent pool, both geographically and by function, and doesn’t demand that new hires come to a specific location to do their jobs.

Broadening the borders of Microsoft’s talent marketplace, says Bob Woods, HR director, strategic talent planning at Microsoft, means “eliminating filters against the total talent pool that limit your access by changing the geographic requirements of work from one site to multiple sites.”

“If you look at, say, 100 otherwise qualified candidates and apply a single-site filter—everybody needs to be located in Redmond—you’ve eliminated X% of the viable candidates,” he says. “If you extend that filter to say everyone needs to be in Boston, Redmond, or Austin, for example, then the percentage of the population that gets filtered out goes down.”

The decision to opt for this more far-reaching and inclusive approach was driven primarily by the simple need to compete.

“Say all the tech competitors Microsoft has go to Pittsburgh and open up offices, and we don’t,” says Woods. “We’re de facto losing segments of a talent population that’s very valuable to us.”

Microsoft is also increasingly focused on quality of life and community issues related to its geographic investment in talent.

Gardner agrees, adding: “And the simple notion that keeping people in the communities that include their families, alumni, friends, university systems, etc., is a value proposition that can’t easily be solved with other employment levers. How do you compensate me for living in Redmond if I have aging parents that require care in Colorado? This is also a factor we find with diverse talent as well.”

Microsoft is continuing to explore how geographic talent investment might be a variable.

For example, the HR team has undertaken an in-depth analysis of external labor markets, and is engaging quarterly with Microsoft’s senior leaders to review the current state of talent, geographically speaking.

For example, Microsoft is currently studying and modeling approaches to create what it considers a truly dynamic talent ecosystem that is location-agnostic.

“We’re exploring the extent to which parts of the talent population could be home- or remote-based employees,” explains Woods. “There are strong arguments against this, and good valid arguments for where it won’t work, that need to be explored. But we’re also studying how much of that is generational/institution bias that doesn’t really have a basis in fact.”

“If your friend knocks on your door, you answer. If a stranger knocks, maybe not.”

In other words, an Austin, Texas-based company that goes to Boston to recruit at universities in that area will have access to a given percentage of that target group, he says.

“If you’re an Austin-based company with offices in Boston, and develop ties to the university system there, then you expand your attractiveness as an employer in that ecosystem.”

“It’s one thing to have a 10-person office in New York City and engage in that talent pool,” he says. “But taking that location size to higher volumes creates gravitational mass that drives benefits.”

Making an investment of 1,000 employees in a given market provides far more opportunities for hiring and internal movement than a 100-person office does. And, creating this type of gravitational mass again cuts down the filters applied to the potential talent population.

Microsoft has also added sites that specialize in certain technology, customer, or other areas to create a unique value proposition for specific talent.

“Having a location that is deeply invested in machine learning roles, for example, can create an attraction mechanism for the site for those talent pools,” says Woods.

That said, doing so can create a bit of a Catch-22, in that developing hubs that focus on specialized customer or technology spaces might also filter out talented candidates that are otherwise attracted to the site’s location and size, for instance.

Says Woods: “The advantage to an employer like Microsoft, however, is that we can create highly attractive niche locations that become magnets for talent that is critical to our success.”