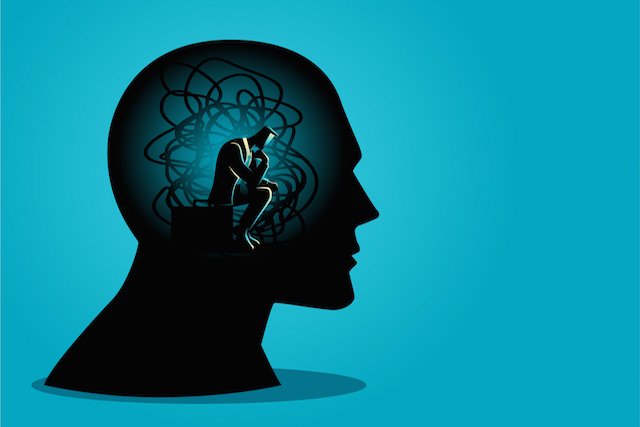 There is no better way to feel good about yourself than changing your internal dialogue. Yes, you have the power to change your inner voice. You can choose to speak to yourself in a positive way or a negative way.

Stop all activity for a moment.

Is your inner voice declaring that you are too busy to be chillin’? Or is it supporting you, happy to be playing this hanging-out-and-noticing game?

Get to know your inner voice.

I hung out with a two-and-a-half-year-old the other day. He wanted to read a book and brought me The Little Engine that Could, by Watty Piper.

This book was read to me as a child, and I heard the voice in my head chant, “I think I can, I think I can” as I opened the book’s cover. The part I didn’t remember was the lessons of the trains.

As I read this little children’s book written way back in the 1930’s I felt the power of the lessons and how they apply to my own self-speak today.

The Little Engine That Could

The story is about a little train who wants to bring presents over the mountain to children who are patiently and excitedly awaiting their gifts.

However, on the way to the town, the little engine breaks down. The toys are very upset, and one of them, a funny little clown, sets off to find another train to help them.

Lessons on Self-Talk from Four Trains

1. The first train has a Shiny New Engine.

The Shiny New Engine didn’t want to help the little toy train because he was too special, too proud. He looked down on the little train and said a resounding “NO.”

I thought of my shiny arrogance that I’d polished for years. I’d told myself I was too special, too important to waste my time and attention on certain tasks and people.

Even though I’ve worked on this character defect, I know I have some of this self-speak going on inside of me. I noticed it the other night when I went out to dinner with a friend who brought along a friend of hers.

The woman appeared to be in her sixties with huge fake boobs. She dressed in a tight, sparkly sundress that emphasized her boobs and wore high heels with gold doodads pasted on. She talked about how her love life was filled with younger men who were her “F–k buddies.”

The moment she said this, I felt superior and stopped listening to what she shared. The next two hours I spent wishing I was at home watching Netflix. My inner voice said she was desperate.

What did I miss out on? She could have been a kindhearted, fascinating person, even if she dressed provocatively and made choices I wouldn’t make. Where was my compassion or at least my curiosity?

2. Next comes a Big Engine.

The Big Engine says he is too important and won’t “pull the likes of you.”

That got me thinking of my judgments. How do I judge others? Have I missed out on opportunities and connections because my over-inflated ego tells me that I’m too important to get involved with that person or situation?

My lesson on this came from an Alanon meeting. Well, actually, two separate meetings.

I rushed into my regular Alanon meeting a bit late and sat down in the only open chair. Once I arranged myself I noticed the man I was sitting next to had a scraggly beard, his clothes looked like they’d been slept in, and he smelled a bit. I scooted as far as I could from him in my chair and held my nose in the air.

A week later I arrived at my Alanon meeting on time and sat beside a good-looking man in a neat business suit. He piqued my interest. I’d never seen him at a meeting before, and I always appreciated a good-looking, well-groomed man.

When this good-looking man shared, I listened intently and nodded my head in agreement with much of what he said. My inner voice said “yes” to holding this man’s hand at the end of the meeting. As we grabbed hands, I gave his an extra firm squeeze as my way of saying, “I’m glad you are here.”

As we released our handhold, I turned to the nice-looking man and said, “My name is Michelle, welcome.” I’ll never forget how he looked at me with his deep blue eyes and asked, “You don’t remember me, do you?” I nodded my head “no,” thinking to myself I’d surely remember him if we’d met before.

He said, “I was here last week, a bit disheveled, as my best friend who suffered from alcoholism had killed himself. This Alanon meeting was recommended by my therapist to get help and support. I was so distraught I wasn’t eating, sleeping, or taking care of myself. I noticed you wanted nothing to do with me.”

It dawned on me as he spoke that he was the homeless-looking man from the week before. I turned bright red, mumbled an apology, and ran out of the room.

I never saw the man again, but I do think of him often and consider him an angel sent to stop me from my “I’m better than” inner voice.

3. The Rusty Old Engine comes next.

The Rusty Old Engine sighed and said he could not. He was too tired and weary.

I personally am not familiar with this inner voice. My inner voice tells me I can do anything and handle most things that come my way, to a fault. But I’ve watched others run this internal narrative. One of them is Jean.

Jean was a vibrant, gorgeous woman who owned a successful advertising company. When the advertising business began to shift away from print toward the Internet, I watched as she became defeated. She told me she was too old to make the changes she needed to make.

Her business began to fail, and as it did Jean failed as well. She stopped doing her movement practices, gained weight, and subsequently had two hip replacements. Her financial picture grew dim, and Jean was forced to sell her beautiful condo. She gave up on the life she’d so artfully created for herself over decades.

I saw Jean a couple of years ago. She was a shell of her former self and shared she felt old and tired.

Chugging merrily along. The dolls and toys didn’t have to ask this train for help. She asks them, “What’s wrong?” As she hears of their plight, she tells them she isn’t very big and has never been over the mountain.

She thought of what the kids would be missing if this little train didn’t bring the gifts to the boys and girls on the other side. So she said, “I think I can, I think I can.” It was a supreme effort, but she hooked up to the train, began chugging along, and kept going all the way over the mountain by saying to herself over and over again, “I think I can.”

I know this voice.

I recently changed my business model from brick and mortar, which I knew I could do, to an online business, which required a supreme effort. I’ve gotten up every morning for over a year chanting, “I think I can.” I’ve put my head down and chugged through twelve-hour days, and you know what? I did it. I made it over that mountain. My online business is going strong.

Inner Voice Lessons from The Little Engine That Could:

Michelle Andrie is the founder of Age Less Move More where she offers her unique movement practices to create a body you adore, a life you love, and the energy to sustain it. Michelle is an IAYT Certified Yoga Therapist with over thirty years of experience. Catch Michelle on her blog at agelessmovemore.com. You can also find Michelle on Facebook or Instagram.