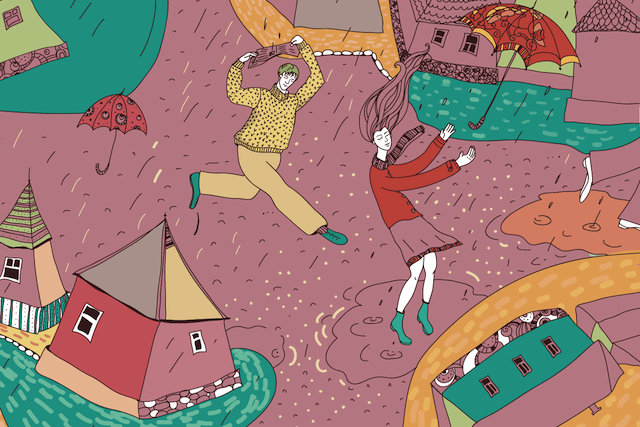 “There is no such thing as a problem without a gift for you in its hands. You seek problems because you need their gifts.” ~Richard Bach

It was going to be an epic trip—travel from our home in the Midwest to Anchorage, a few days to Denali and back, then down to the coast and a cruise all the way to Vancouver. So much to see, and I was finally there! I was thrilled to experience it all with my boys.

The first few days of the trip exceeded my expectations. The train ride to Talkeetna was amazing, the lodge we stayed in was perfect, and one clear morning, we got to see Denali! I could practically hear the angels singing when the clouds parted and the mountain was visible.

After the Denali leg of the trip, we returned to Anchorage to catch a bus to Seward, where we were going to board our cruise ship and head down the coast for the wonders ahead. We had eaten breakfast and were supposed to have lunch at a wildlife rescue center, and then board our ship. It was a lovely sunny day.

But only an hour or so outside Anchorage, all the traffic on the two-lane highway came to a dead stop. Right there in the middle of nowhere, with the Cook Inlet on our right and the mountains on our left, we were stopped along with all the other traffic in both directions on the highway.

The bus driver learned there had been a terrible accident up ahead that had involved seven vehicles. Some people were transported by helicopter back to Anchorage with serious injuries; some died. It was truly horrible.

After the first hour of being stopped, passengers on our bus started getting anxious about how long we’d be stuck and if the cruise boat would leave without us, ruining our vacations.

The driver told us the traffic jam was many miles long. My kids were hungry for lunch and starting to get stressed about missing the boat. I knew they were trying to figure out my reaction, and they’d probably catch my mood. If I was upset, angry, or anxious, they would be too.

I realized at that moment that the universe had sent me a test! I think I actually chuckled to myself.

I’d been interested in spirituality since my youth, reading and studying and pondering a lot. But I hadn’t expected to be tested in front of my kids on my long-awaited dream vacation. I decided in that moment to make some choices in accordance with all that I’d learned, and here’s how they played out.

1. Acceptance of what is

I told my kids that I didn’t know for sure if we’d miss our cruise, but that even if we did, we’d find a way to salvage the vacation. They were hungry and bored—their cell phones didn’t work out here. What should we do, Mom? How are we going to pass the time?

I told them I was going to talk to people, and they should, too. They resisted at first. What will we talk about? We don’t know these people. But we were allowed to get out of the bus and stand beside it with the others, so we did. Wow was it beautiful there—water glimmering with sunlight, green fields in front of gorgeous mountains. And miles of vehicles standing still!

After a few hours, the wreckers started coming by on the opposite side of the road carrying the crushed vehicles back to Anchorage. One was flattened; another had its roof missing. Awful. My boys and I said a silent prayer for all the people who had been in the cars, and gave thanks that we weren’t among them. None of those people expected their day would end this way.

As the hours passed, people were getting hungry and thirsty and more anxious. The tour company sent water, and we had a working restroom on the bus, so we were okay. The boys were hungry, but we’d eat again later.

We heard stories about people on the other busses yelling at their drivers, threatening, cursing, and acting badly. No one on our bus was doing that, which was another reason to be grateful.

Before it got dark, our driver told us the cruise line was holding the boat because eleven busses were stuck in the traffic jam. We truly had nothing more to worry about.

It got dark out and the moon was shining when the bus started moving again. We had been stopped for ten hours! The boys fell asleep on the bus, and we finally got to the boat at midnight. They had a big buffet for all who had been stuck and we were on our way.

Sometimes when we anticipate something for a very long time, it turns out much differently that we’d imagined. I’m so glad I recognized a test when it presented itself. Now whenever I find myself being tested, I try to apply the lessons that served me so well in a traffic jam in the most breathtaking spot you could ever be stranded.

Acceptance, gratitude, calm. Embrace the situation for what it is. Find something to appreciate. Keep things in perspective. Things often aren’t as bad as they seem, and even when a lot is beyond our control, we can always control our attitude and how we respond.

Brenda is a tech geek, divorced parent, traveler, and consumer of news and culture. Follow her on Twitter @brenhillspeaks.