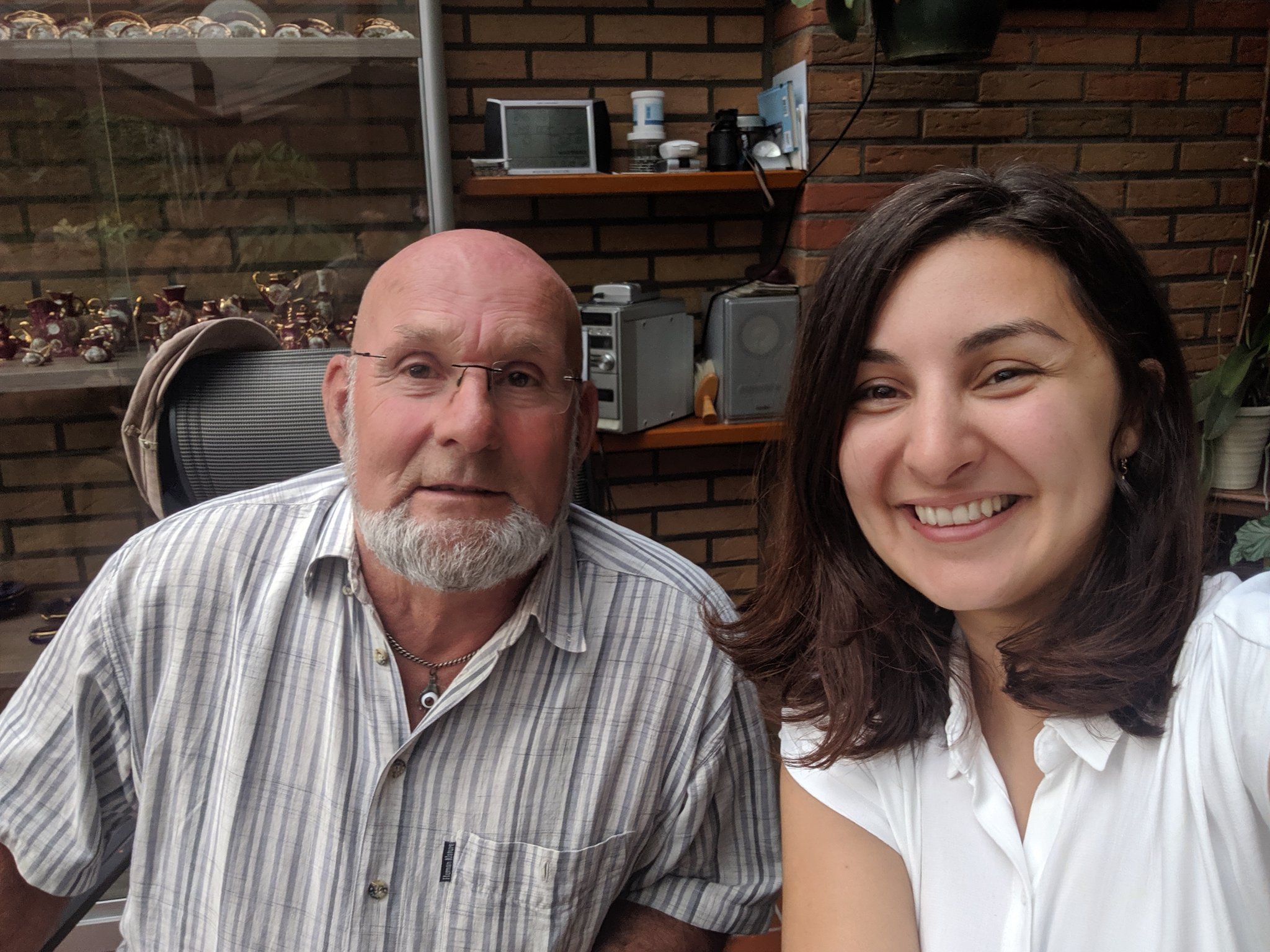 A former child refugee tracked down a man who, decades ago, gave her a special gift during an act of extreme generosity –- and then got to thank him in a poignant reunion!

Mevan Babakar lived in a refugee camp in the Netherlands after she and her family fled the Gulf War in the 1990s. While there, an aid worker at the camp gave her a bike, and the act of generosity changed her life forever.

Years later, she turned to Twitter to track down the man, when she didn’t even know his name!

“This man, who worked at a refugee camp near Zwolle in the Netherlands, out of the kindness of his own heart bought me a bike. My five-year-old heart exploded with joy,” she tweeted.

The tweet went on to be shared more than 7,000 times in 24 hours, and eventually she found the man, an aid worker named Egbert.

“He was so happy to see me. He was proud that I’d become a strong and brave woman. He said that was his wish for me when I was small,” said Babakar in a tweet.

The pair met at Egbert’s home in Germany, where Babakar was finally able to thank the man who brought her so much joy in such a hard time.

“I was really grateful that so many people had come together to make it happen. I was completely overwhelmed, and so was he. We had a shared moment where we both agreed that this was in fact crazy, but we were glad it was happening,” she said in an interview with The Guardian.

“He thought the bike was too small a gesture to make such a big fuss about but he’s really glad that it was the key to bringing us together again,” she elaborated.

Babakar had a few special memories of that time in the camp. Like when another camp worker, Sandra, helped her to use a computer for the first time. Sandra also got in touch after seeing the tweet.

“I’ve also had other refugees reach out to me and tell me that [Egbert] and his wife helped them too. Their kindness has touched so many lives,” Babakar said.

We can make indelible impacts on each other’s lives, but we’ll never really know how strong that impact is if we don’t take the time to tell those who have helped us what a big difference they make.

This is a beautiful story about people coming together, and both changing each other’s lives for the better. Egbert saw a child refugee in need and went above and beyond to bring her joy. Mevan never forgot the man who brightened her spirits and made a point of thanking him, 24 years later. We can all learn from them!