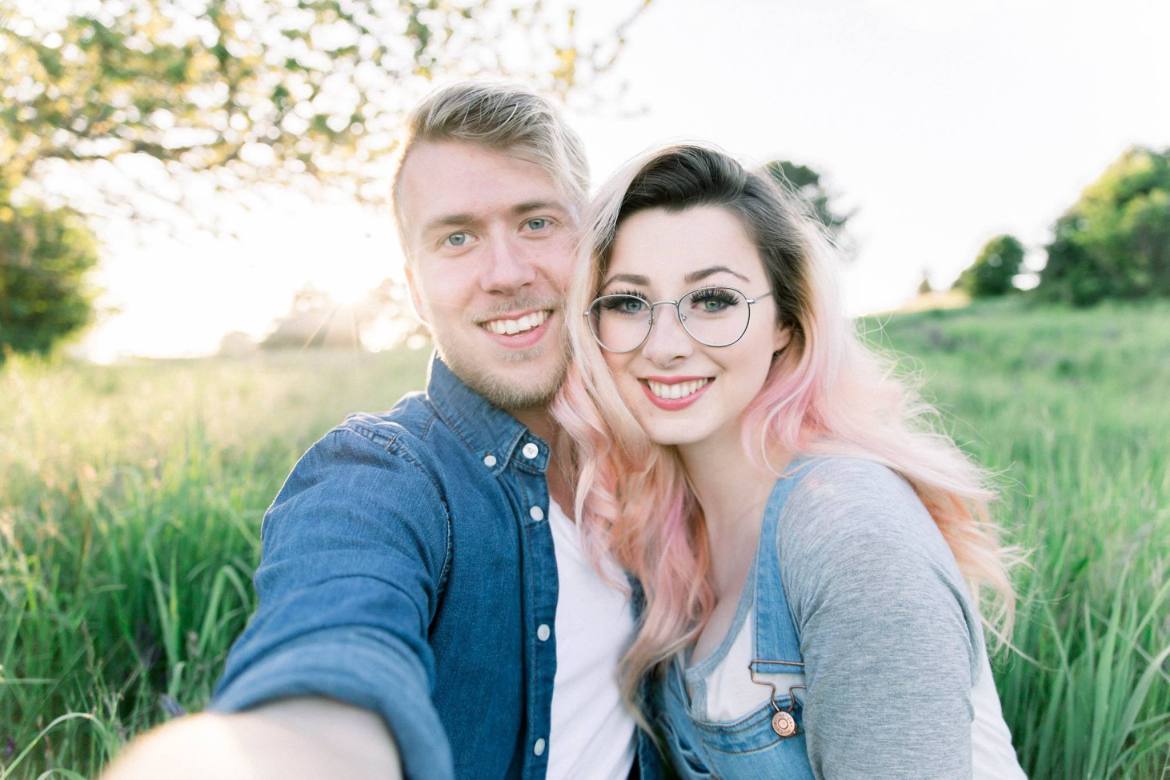 For most of us, true love happens just once in a lifetime. But for one couple, it ended up happening twice, in a most unusual way!

Two years ago, tragedy struck and, at only 23 years old, Laura Faganello suffered a traumatic brain injury. It was a freak accident where a pole fell on her head while she was at work.

When Laura woke from her injury, she thought she was 17 years old. Though she recovered physically from the accident, her memory was so bad she forgot some of the most important parts of her life, like her recent wedding. In fact, she forgot her husband, Brayden, existed, at all!

“I felt my choice had been taken away from me.”

“Waking up in my bed and I had no idea who he was,” was very frustrating for her, as was her long road to recovery, which involved learning how to read, write, and speak again.

Laura struggled with depression and constant pain as she fought her way back to health, but the one person who wanted to support her recovery the most was the one she had to hold at arm’s length.

Brayden was now a stranger to his wife

He was incredibly sad and unsettled that Laura no longer remembered him: “It was heartbreaking, trying to go from giggling and having a great time together, to she has no idea who I am and she’s scared when I say ‘have a good day, I love you’ — just that phrase.”

“It was absolutely heartbreaking, especially as we were still so newly wed,” Brayden told Times Colonist. “It shredded me to bits having that total broken heart.”

It may sound like something impossible to come back from

Laura and Brayden did find each other again, however. The couple, who had first met as pen pals, became pen pals again, even though they were living in the same house.

Brayden would send encouraging and loving notes to Laura, which ultimately led to her she falling in love with him all over again.

“I went to Brayden and I said I can’t be in a marriage that I don’t remember, but I want to remember you,” said Laura. “I want to know you. So I asked him out on a date.”

Eventually, Brayden proposed to Laura for a second time, and she said yes!

“We both knew that we should get married,” he said.
“We can’t explain it. We still can’t. But that just penetrated into both
of our hearts.”

They plan to get married again on their fourth anniversary, next summer.

Even when things seem hopeless, there is a way to find hope

Because they kept trying, Laura and Brayden got to have a second chance at love.

“It taught me a lot of patience. I took it day by day and didn’t try to look too far in the future. I went from being a stranger to a buddy, and we slowly transitioned that way. If I saw her smiling one day, that was a big win. I was always looking for small wins and accomplishments that could push a little bit of hope into the next day,” said Brayden in an interview with Times Colonist.